Oder River Gozdowice (at km 645). A self-propelled ferry, reconstructed in 2007. Close to the ferry, mooring site for sports and tourist boats and the offices of the Water Supervision Authority (Nadzór Wodny).

Santok (at km 67.7). A low-cable gravity ferry, propelled by the river’s current. On the right bank, at the height of the ferry crossing, the Museum of Santok is situated, with very interesting collections depicting to the town’s history.

Walkowice (at km 119.6). A high-cable ferry with a capacity of up to 10 tonnes only. It connects the villages of Radolin and Romanowo Górne.

Korzeniewo (at km 866.9). A cable ferry. On the right, before the ferry, you can see a historic water level gauge, Situated in a close distance from Kwidzyn, the capital city of the Powiśle region, where you can visit the Castle of the Pomesanian Chapter.

Gniew (at km 876.9). A cable ferry. Gniew is a small town, whose national status has changed many times throughout its history. In the 13th century, this region belonged to the Teutonic Knights, who built a huge castle in Gniew, due to its strategic location, and granted the town a charter.

Świbno-Mikoszewo (at km 938.5).Acable ferry. It can fit up to 21 cars and 100 passengers. The crossing takes 5 minutes. After the Przekop Wisły – the artificial Vistula branch – was dug in 1895, it became necessary to open a ferry crossing between Sobieszewo Island and Mikoszewo, situated nearby. On the bank of the river, in Świbno, there is a boulder commemorating the centenary of the Przekop Wisły. 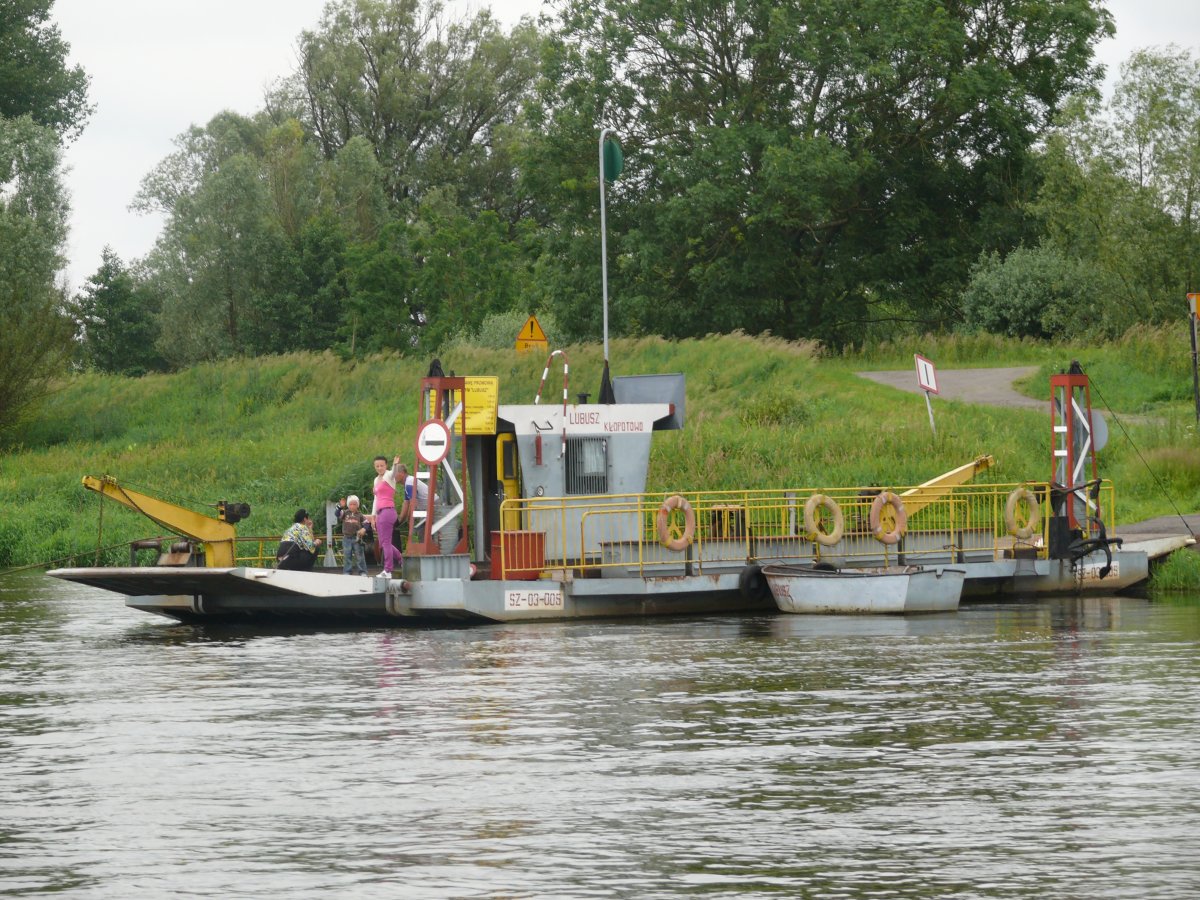