ECONOMIC POTENTIAL ALONG THE IWW E70

The Polish section of the IWW encompasses six voivodeships: Zachodniopomorskie, Lubuskie, Wielkopolskie, Kujawsko-Pomorskie, and Warmińsko-Mazurskie, totalling up to almost 41% of Poland’s territory, inhabited by 31% of all the citizens.

The economic potential along the Polish section of the IWW E 70 is characterised by great social and economic diversity. The main industries in the area of the IWW E 70 are: automotive, furniture, wood, pulp and paper, electronic, chemical, textile, construction, electro-machinery, electrical engineering, shipbuilding, petrochemical, minerals and printing.

Along IWW E70, there are two railway lines: line no. 203 (from Kostrzyn to Piła) and line no. 18 (from Piła to Bydgoszcz). Parallel to the IWW E70, there are two national roads: Road 22 (from the Polish-Russian border crossing in Grzechotki to the border crossing with Germany in Kostrzyn) and Road 10 connecting the Szczecin, Bydgoszcz-Toruń and Warsaw agglomerations.

Near the IWW E70, there are two airports that in 2019 serviced 5,363 passengers (Gdańsk Rębiechowo airport) and 425,000 passengers (Bydgoszcz airport), as well as a couple local and air sports airports which do not offer regular flights, such as the airports in Gorzów Wielkopolski, Piła, Bydgoszcz (Biedaszkowo and Szwederowo), Grudziądz, Malbork (Królestwo Malborskie), and Elbląg.

The existing special economic zones as well as industrial and technology parks facilitate the inflow of foreign capital and consistent increase in the market share of warehouse space.

Three of fourteen special economic zones operating in Poland are associated with the IWW E70 area:

In the vicinity of the Polish section of the IWW E70, there are over 110 towns and villages that can utilise their appeal thanks to their location near a river or canal, and about 18 that might play various roles regarding the transport via IWW E70, including:

Actions are needed to improve accessibility by road and rail and to expand the technical infrastructure in the above places. At present, practically the only operating ports are those in Bydgoszcz and Elbląg and ports handling aggregates (Solec Kujawski, Chełmno, and Grudziądz).

In Bydgoszcz, a project is under way to comprehensively revitalise the Bydgoszcz Water Junction through the construction of a system of tourist marinas, a network of water bus stops and other facilities for recreation and water sports. The project was initiated in the 90s and encompasses 169 projects totalling up to 220 million PLN[2].

The Bydgoszcz Logistics Junction will play an important role in increasing the economic appeal of IWW E70 and it will include the Bydgoszcz-Solec Kujawski Multimodal Platform that will focus on the inland river harbour on the Vistula and that will integrate road, railway, water, and air transport with logistics facilities, as well as the Bydgoszcz Emilianowo Intermodal Terminal that will function as a „dry harbour”. Both investments are conveniently located near major transport routes (waterways E40 and E70, roads A1, S5, and S10, and railway roads No. 18, 131, and 201), thus creating favourable conditions for the developments of ports in Gdańsk and Gdynia, and eventually – the port in Elbląg.

It would be advisable to restructure the industrial terrain near the Martwa Wisła section of the Tricity agglomeration. A port in this region could support the Gdańsk Refinery, among other things.

The infrastructure of the sea-and-river port in Elbląg should be expanded and modernized. The new canal through the Vistula Spit will have been finished by 2023, together with the extended infrastructure; the Elbląg port will be deepened as well. The revitalisation of the IWW E40 will also include increasing the parameters of the waterways connecting the ports in Elbląg and Gdańsk via the Jagiellonian Canal and the Szkarpawa River.

In order to increase the appeal and invite more tourists near the IWW E70, the major attractions will revolve around a network of ports and marinas. A system of bicycle paths and routes for horse riding and car tourism will also be built. The plan aims to reactivate urban areas next to rivers and to broaden the offer of the agrotourism sector by promoting ecological and traditional forms of farming, carried out as part of agro-environmental programs in the valleys of the Warta, Noteć, and Lower Vistula rivers and the Żuławy region. 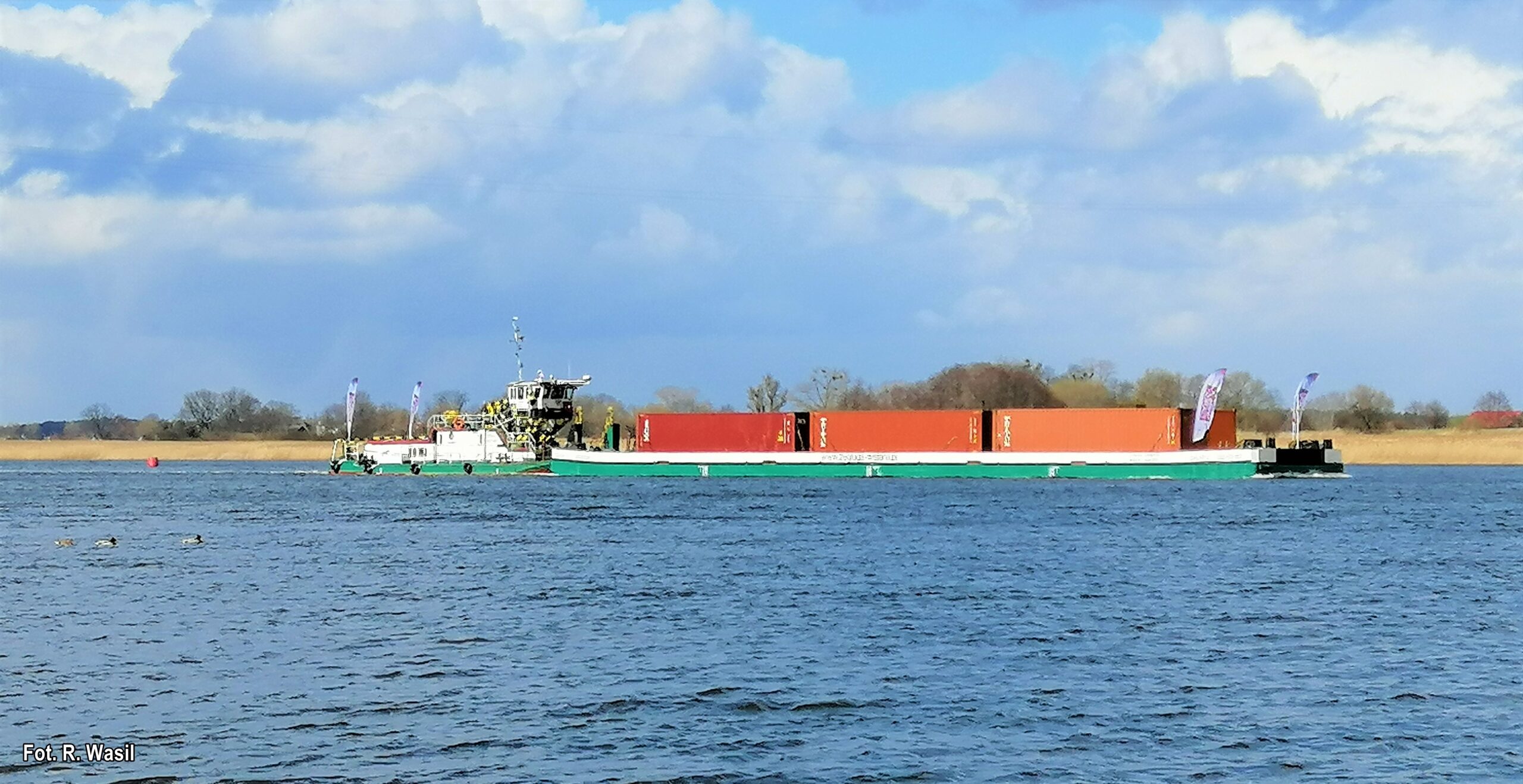