The Nogat is the right estuary arm of the Vistula River, separated from it by the Biała Góra Lock (887 km), flowing into the Vistula Lagoon with numerous arms forming a small delta. At the lock, there is a marina built under the Żuławy Loop project. It is a class II, 80 to 200 meters wide and 62 km long. The water level is regulated by three locks located in Szonów, Rakowiec and Michałów. The river is often covered with a thick carpet of Salvinia, which makes sailing difficult.

The most interesting place on the trail is Malbork with one of the most outstanding medieval castles – the capital of the Teutonic State. This monument has been inscribed on the UNESCO World Heritage List, and in its outer bailey, the largest exhibition of siege machines in the world has been made available. We can stop at the Sports and Recreation Center marina, at the footbridge leading to the castle (19 km). In 2012, a modern marina called “Northern Park” was opened at 21 km as part of the “Żuławy Loop” project. 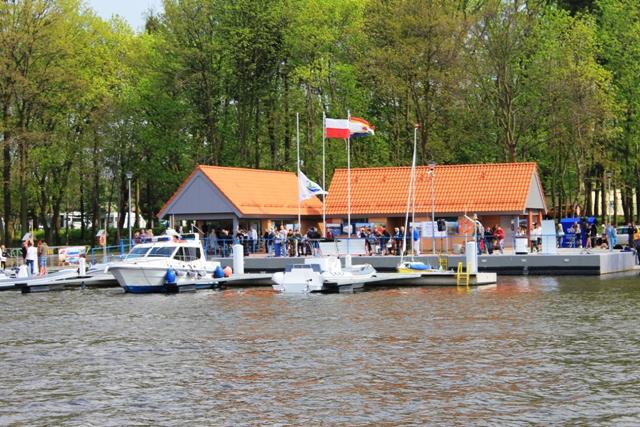