Sailing on inland waterways has its unique specificity. On rivers and canals, you do not feel the power of the water element as you do in seas, oceans, or large lakes. Here, you are sailing at the contact point with the land, which interacts directly with the water, creating a symbiosis of mutual relations with it, often shaped over hundreds or even thousands of years. This value is a magnet for many sailing enthusiasts, which attracts them to this form of tourism.

One of the greatest assets is the natural value of the areas associated with this water route, protected by 22 sites of Natura 2000 project.

Sailing onto the Odra river section of MDW E70, at the height of the Hawela-Odra canal, we pass the westernmost point of Poland located in the Osinów Dolny commune. The place is commemorated by a memorial boulder visible also from the Odra River. The area itself is extremely attractive because it is part of the “Cedynia Park”, whose landscape can be imagined from the names of its parts: the Crooked Forest with bent trees, the Cedynia Carpathians or the Valley of Love.

The Warta is the third-longest Polish river, but the second – after the Vistula – which flows entirely within Poland. It is also mentioned in the Polish anthem, next to the Vistula. At the estuary of the Warta to the Odra River, there is a National Park and a Landscape Park as well as the Natura 200 area – “Warta Estuary”. There are many oxbow lakes, arms and canals of the Odra River. These areas are periodically flooded, and Kostrzyn Pool (in the Lower Odra Valley) is called by many people the Polish Amazon. It is bustling around the clock: from the sounds of amphibians: newts and frogs, to the songs of over 170 species of birds. While sailing the Warta River, it is worth looking around so as not to miss the greatest Polish sky predator, the white-tailed eagle, as well as flocks of gooses, swans and cranes. During the breeding season, these birds can also be found on the water – they will most likely draw us away from their young chicks.

The surroundings of the Noteć are vibrant with natural wealth. There are four areas included in the Natura 2000 network: “Noteć Estuary”, “Noteć Valley”, “Noteć Primeval Forest” and “Noteć Lower Valley”. Extensive meadows are of value here. Near Santok, there are patches of xenothermic grasslands with orchids, pasqueflowers and primroses, while between Wieleń and Bydgoszcz there are often flooded peat bogs, reed beds and enclaves of shrubs and trees. In the valley of the Lower Noteć, we can find the largest area of inland dunes in Poland and numerous remains of oxbow lakes and canals.

On the Lower Noteć part of E70, as part of regulatory works at the turn of the 19th and 20th centuries, 105 ditches were made to eliminate the bends of the river, shortening it by about 30 km. The Noteć River basin is one of the areas with the lowest average annual rainfall and is often subject to the phenomenon of hydrological drought.

During the interwar period, the Bydgoszcz Canal was considered the most efficient waterway of the Second Polish Republic. The canal runs along the bottom of the Toruń-Eberswald valley, along which the pre-Vistula once flowed until it made a breakthrough at Fordon and headed north. The valley is approximately 2 km wide and is surrounded by slopes 25-40 m high (maximum even 140 m) from the north and 10-15 m from the south. The valley of the Central Noteć and the Bydgoszcz Canal is included in the Natura 2000 network. You can meet bluethroats, kites and a white-tailed eagle here.

In the vicinity of the Bydgoszcz Canal, in the valley of the Noteć River, many fish ponds have been established in the towns of Antoniny, Smogulec, Ostrówek, Występ and Ślesin.

Important cities on the Vistula riverbank of Toruń, Bydgoszcz, Grudziądz and Tczew are located in the “Lower Vistula Valley” with a width of 3 to 18 km and a length of approximately 120 km. The river flows here in a largely natural bed. The slopes of the valley reach a relative height of 50-70 meters, and in some places, even 90-100 meters (e.g. at the Fordon Gate), and are quite steep (the slope reaches 50 degrees). In some places, the steep slopes break away and create landslides devoid of vegetation. The river valley preserved in this way is unique in Europe.

In the “Solec Vistula Valley”, we can find traces of oxbow lakes and 19th-century embankments. Periodic sandbanks appear on the river.

The “Grudziądz Citadel” is a complex of fortifications from the second half of the 18th century, with approximately 12.7 km of corridors and pavements, 7 km of which are accessible. A large part was taken by 7 species of bats, 2.5 thousand of which were counted and placed under protection, just like the habitats of bats in the area of the Świecie castle.

The confirmation of the growing importance of the Vistula in transport was the transfer of the headquarter of the Teutonic Order from Venice to Malbork (1308), the construction of many castles at this river (Gniew, Świecie, Nowe, Chełmno, Kwidzyn, Grudziądz, Elbląg) and the wars to maintain control over the Vistula – finally victorious for Poland and pushing the Teutonic Knights away to Królewiec. The 300-year long period of Poland’s control over the Vistula (from 1466 to 1768) is considered to be the “golden age” of the Vistula transport. Interestingly, the idea of a water connection between Królewiec and Berlin comes from this period. The construction of the Bydgoszcz Canal served this purpose. Unfortunately, the partitions of Poland closed this “golden period”. Transport on the Vistula has decreased, and ports – including Gdańsk and Elbląg – have lost their significance.

The final section of MDW E70 in Poland is the Vistula Lagoon, also – together with the Vistula Spit – protected under the Natura 2000 network. Separating the Lagoon from the sea was a long process, the beginnings of which reach 5,000 years ago, and in the thirteenth century, there were still natural depths connecting this reservoir with the sea. One of them – recorded in the reconstruction of the Vistula delta around 1300 by H. Bertram – was located in the vicinity of the currently constructed canal, and Lake Druzno was then separated from the Lagoon by a narrow, natural causeway. Let us remember that around 890, the Anglo-Saxon traveller, Wulfstan, reached the Truso settlement located 7 km from the present-day Elbląg. In 1982, the archaeologist Marek Jagodziński found traces of the Truso settlement. Tools and everyday objects found during excavations can be viewed in the Archaeological and Historical Museum in Elbląg at the exhibition named “Truso – the legend of the Baltic Sea”.

The Vistula Lagoon is often referred to by water tourism enthusiasts as a “sea kindergarten” because it combines sea-like conditions with the high safety of sailing. 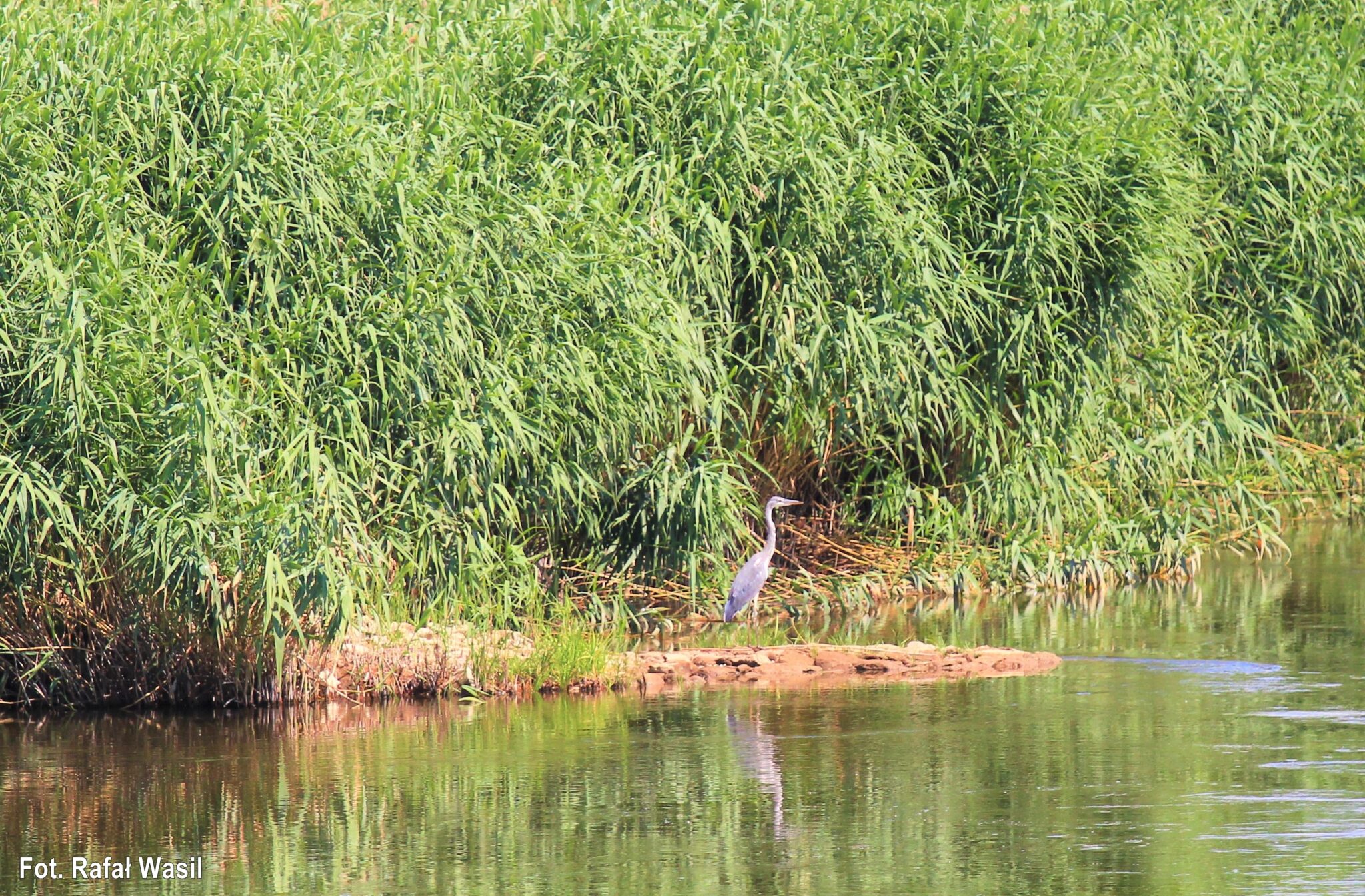