The Elbląg river flows from Lake Druzno and through Żuławy Elbląskie to its mouth in the Vistula Lagoon. It is about 15 km long, however, other data can be found in literature regarding this topic (from 14.5 to 17.7 km). The river starts at Druzno Lake.

The Elbląg is an important route connecting the Elbląg Canal and Iława Lake with Elbląg and the Vistula Lagoon. The Tina and Fiszewka rivers flow into it, and the Jagiellonian Canal – that starts at the Elbląg border – leads from the Elbląg river all the way to the Nogat (and the Lagoon). It is worth mentioning that the section from Elbląg onwards is treated as inland marine water, requiring sailors to have special equipment onboard.

Depth. The river is around 3 m deep at average water, thus making it possible for all recreational and sports vessels, as well as barges and ships (up to 1,000 tonnes of tonnage) to sail to and from the seaport in Elbląg.

Power lines, bridges, ferries. The lowest powerline is located right at the beginning of the route, where Lake Druzno turns into the Elbląg river. The next two are suspended at 21 m and 19 m, and can be found between the 3-4 km of the route. Thanks to the efforts of local water enthusiasts, the power line located at the mouth of the Jagiellonian Canal to the Nogat river (with a clearance of 10 m) was installed under the river bed. The lowest bridge – with a clearance of 3.5 m – is located between the 4-5 km of the route.

Mooring. The Elbląg city offers very convenient mooring spots. In the very centre – by the Old Town – you can find the Zygmunt August Boulevard, where you can moor for a short rest. Further, sailing towards the Vistula Lagoon (5.3 km of the route), you can stop at the “Fala” marina (left bank), a very convenient place for a longer rest. At 6.5 km of the route, you can find two marinas – “Jachtklub Elbląg” and “Bryza”. Both offer good conditions for a longer rest, including slipping.

Current. The current on the Elbląg river is vert mild and by winds from the Vistula Lagoon one might observe backwater when the river changes its course and flows towards Lake Druzno, flooding Elbląg and the surrounding towns. The last catastrophic flood took place in October of 2009. 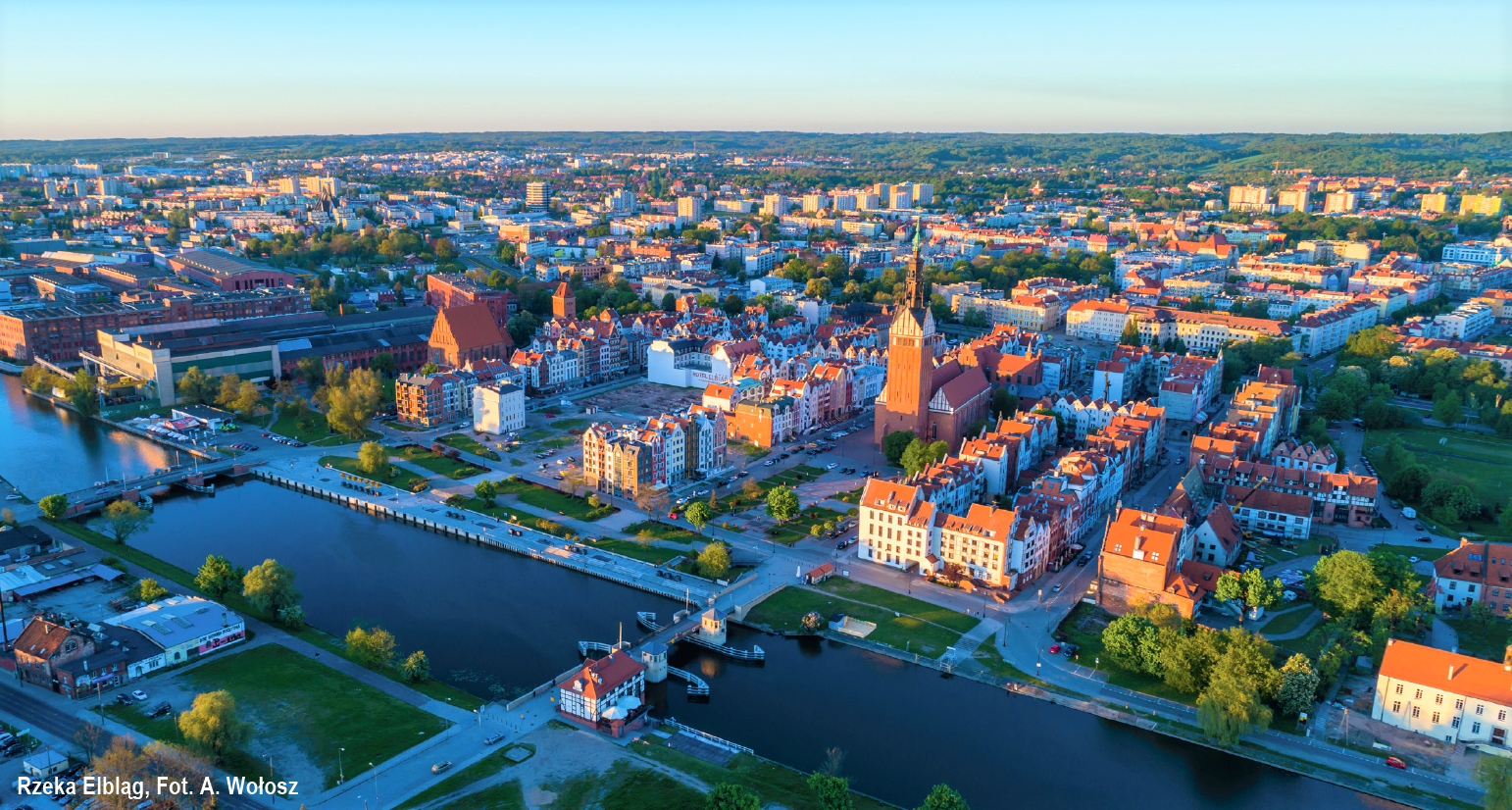