The Vistula Lagoon is classified as polish inland marine waters. There are marine navigation signs and it is managed by the Maritime Administration Office. The Lagoon is a large body of water with an area of 838 km2, 40% of which (328 km2) is located on the Polish territory and the remaining part – known as the Kaliningrad Lagoon – is located on the Russian side of the border. It is the second largest body of water on the southern shore of the Baltic Sea, surpassed only by the Curonian Lagoon in western Lithuania, which is connected to the Vistula Lagoon by the rivers Pregoyla and Dejma. The Vistula Lagoon is 90.7 km long (the Polish section – 35.1 km) and its width ranges from 6.8 to 13 km. It is a shallow waterbody with an average depth of 2.7 m, and the surface area of the Polish section of the Lagoon is three times larger than the biggest lake in Poland, Lake Śniardwy.

Harbours and marinas. On the Warmian-Masurian side (PL: Warmia i Mazury), you can find the following harbours: Kamienica Elbląska, Nabrzeże, Suchacz, Kadyny, Tolkmicko, Frombork, Nowa Pasłęka. On the northern side of the Lagoon, managed by the Pomorskie Voivodeship, you can find marinas in Kąty Rybackie, Krynica Morska, Piaski.

Because the Lagoon is shallow, sailing is only possible down the designated fairways, leading from the mouth of the Wisła Królewiecka, the Szkarpawa, and the Elbląg Lagoon all the way to the country border.

Special waterway navigation beacons were installed on artificial pedestals – these lights help mark the waterways of the Vistula Lagoon. Black-and-yellow cardinal buoys with black  cones mark the highest points of shallow waters and shoals, as well as other dangerous spots. Green and red side buoys mark the edges of the fairways and approach fairways. Red-and-white and green-and-red buoys mark the country border. The approach to the harbour is indicated by leading lights.

Dangerous spots at the Vistula Lagoon. 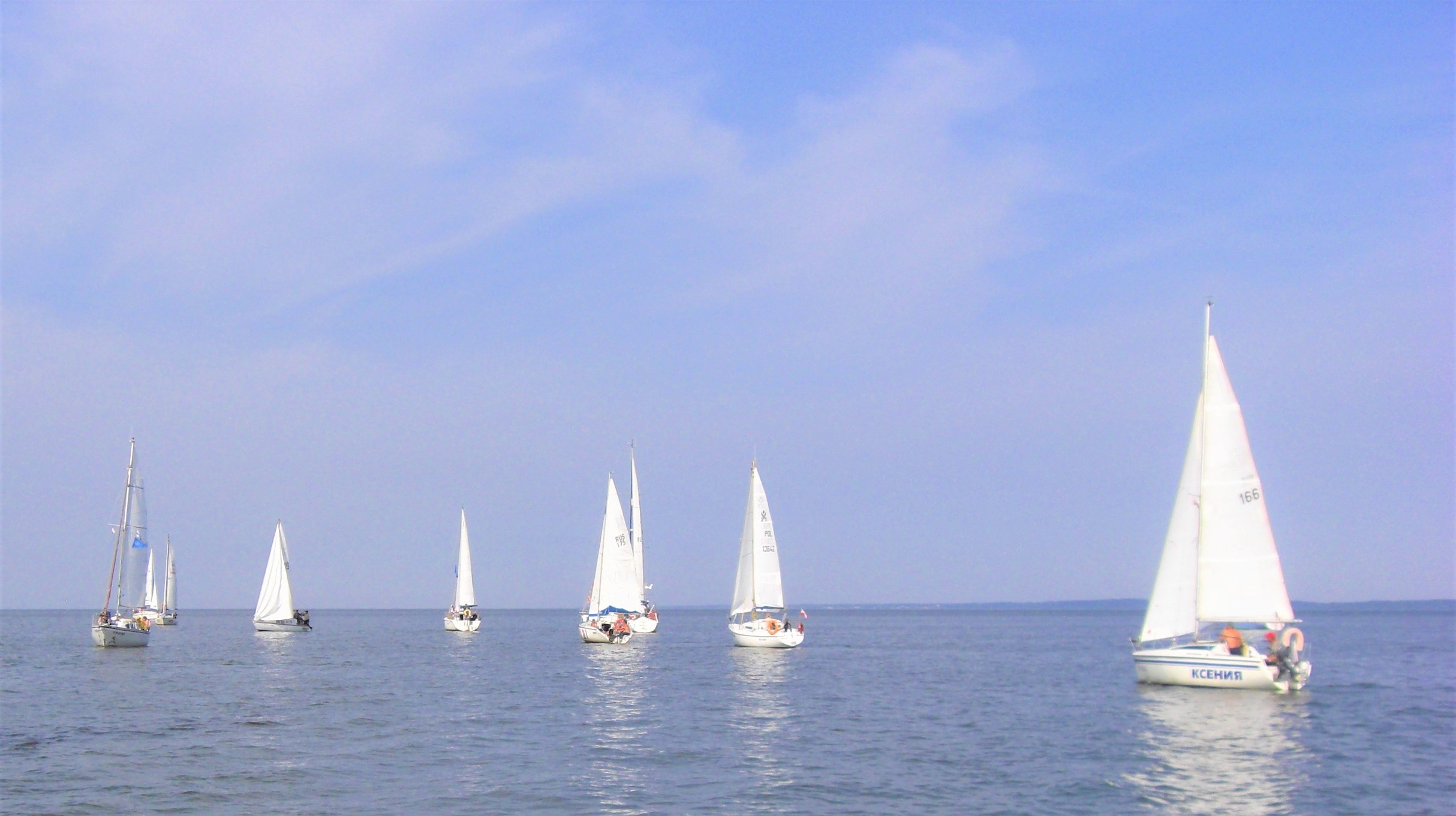