You can start your Vistula adventure either in the AZS marina in Toruń (736 km) – which has been modernised recently – or at the Filadelfijski Boulevard, separated from the marina by the Józef Piłsudski Bridge. After almost 36 km, we reach the Brda estuary to the Vistula and we can enter Bydgoszcz through the Czersko Polskie lock. 12 km later down the Brda, we reach the Bydgoszcz marina on Mill Island, where we end our route.

The Filadelfijski Boulevard had been functioning as a harbour from the founding days of the city all the way until 1960s. Statistics say that, e.g. in 1935 – 3,900 ships and 2,618 boats arrived here, whereas 3,872 ships and 2,590 boats set sail from the Boulevard. Later, the harbour was never more, and the cranes as well as the railway track were dismantled. In 1973, the waterfront was named Filadelfijski Boulevard (Philadelphia Boulevard) to honour the partner city of Toruń in the USA.

Toruń is the city of Copernicus and gingerbread, and it is listed as UNESCO World Heritage Site. The list includes the Old and New Town complex from the 13th century as well as the ruins of the Teutonic Order castle.

The Vistula – the Queen of Polish Rivers – impresses with her width, and saddens because of the lack of any ship traffic, as well as the degradation of the riverbed, as presented by numerous shoals, which change in location and size.

In the past, the Vistula was an extremely important route for the European trade, as confirmed by the fact that the seat of the Teutonic Order was moved from Venice to Malbork (in 1308), or that multiple castles were erected along the river (Gniew, Świecie, Nowe, Chełmno, Kwidzyn, Grudziądz, Elbląg), or finally – that there were multiple wars to maintain control over the area near the Vistula – eventually, Poland was victorious and pushed the Teutonic Knights back to Königsberg. The 300-year period of Polish control over the river (between 1466-1768) is considered the golden age for transport over the Vistula. Interestingly, it is also when people had the idea to connect Königsberg and Berlin via a waterway. Thus, the Bydgoszcz Canal was born. Unfortunately, the partitions of Poland ended the golden age, the goods were no longer transported via the Vistula, and the harbours – including the ones in Gdańsk and Elbląg – slowly lost their position.

The Lower Vistula Valley is 120 km and its width varies between 3-18 km. It houses very important cities founded along the Vistula river, such as Toruń, Bydgoszcz, Grudziądz, and Tczew. The natural course of the river is mostly undisrupted here. The slopes of the valley reach a relative height of 50-70 metres but can reach almost 100 metres, e.g. at the Fordońska Gate, and they are rather steep, with the gradient of up to 50 degrees. In some places, steep slopes break away and form landslides, devoid of any vegetation. Such a well-preserved and pristine valley is truly unique on a European scale. In the Solecka Vistula Valley, we can find remains of old riverbeds as well as embankments dating back to the 19th century. Periodically, sand shoals may appear on the river.

Further down, the Vistula and the Brda connect (at 771 km). Although there is a difference in water level between the two rivers, we can easily overcome this obstacle thanks to the modern Czersko Polskie lock opened in 1999 (length: 1115 m; width: 12 m).

After we exit the lock, we actually enter the waters of a reservoir that is over 2 km long and is used as a regatta track. You can find clubs, marinas, and audience stands there. Next to the Czersko Polskie lock, there is the Brdyujście lock that has not been used since 2002.

Only 3 km further, there is an island that was creating during the canalisation of the Brda, at the end of the 19th century. It is called “The Island in Kapuściska” – its name derives from the name of the near housing estate. Legend has it that the captured smugglers and thieves used to be hanged there in the past, therefore the island also goes by the name “The Island of the Hanged Man”. However, there is no proof anyone was actually hanged on this island – maybe only honest merchants were visiting Bydgoszcz?

The real heart and soul of Bydgoszcz reveals itself to us 9 km behind the lock. Once we cross the next footbridge – called the Esperanto Bridge – we find the “Słoneczny” hotel with a mooring platform, and another stop of the Bydgoszcz Water Tram. 200 metres further, we can see the marvellous “Łuczniczka” hall and a slightly smaller – but equally impressive – Artego Arena.

A few hundred metres further, we pass an impressive, the newest (built in 2013), and the highest bridge of Bydgoszcz (pylon height: 63 metres) – down the University Route.

We continue our adventure along the modern waterfront of the Solny Square and Rybi Market. And the left bank, along Stary Port street, presents its 19th century granary and the majestic building of the Polish Post office.

In front of the Jerzy Sulima-Kamiński Bridge, there is also the already famous Lemara barge. During the interwar period, Bydgoszcz was full of similar barges, sailing to Berlin, Gdańsk, Königsberg, or Warsaw. The Lemara barge was built in 1937, in Bydgoszcz, of course – it is open to the public, and right behind the bridge you can spot the famous figure of the man “crossing the river” that is beloved by all photographers.

In front of the Marshal Foch Bridge, on the bend of the river, you can find the impressive Opera Nova building, with the statue of the archer – unfortunately, it cannot be seen from the river

And on the other side, there is Mill Island with the new Bydgoszcz marina, brick Rother Mills, a place used for outdoor events and the Kiepura Bridge – a closed footbridge. The Bydgoszcz marina complex includes hotels, restaurants, sports facilities, and a marina for about 100 vessels. With its architecture and the urban feel, it lives up to the alternative name of this area, i.e. the Venice of Bydgoszcz.

Here is where our adventure comes to an end. 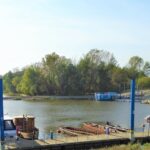 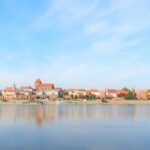 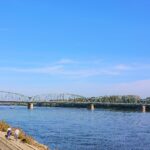 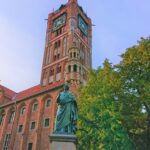 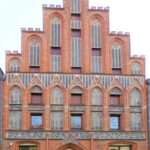 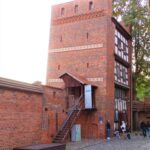 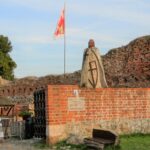 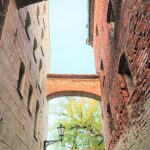 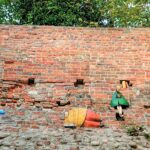 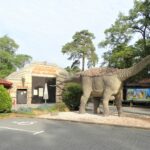 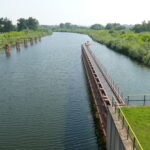 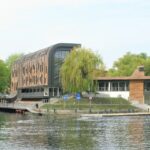 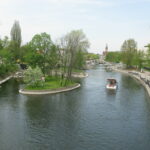 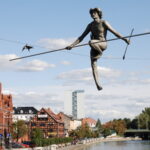