The Bydgoszcz Canal is the second oldest operating navigable canal in Poland – right after the Jagiellonian Canal. This missing link of the only water connection between the Oder and the Vistula was built in a record time of just 18 months in the years 1772-1774. Twelve thousand settlers from Lower Saxony and Czechia were drafted to build the canal. The most striking feature of the Bydgoszcz Canal is that it is straight like an arrow. It underwent significant changes between 1908-1915 – the number of locks was reduced from nine to six and the length of the canal was reduced from 26.6 to 24.5 km. The locks are 57.4 m long and 9.6 m wide and the width of the canal ranges from 28 to 30 m, the depth – from 1.6 to 2.0 m. The canal was entered into the register of historical monuments in 2005 and since 2006 it has remained under the care of the new Bydgoszcz Canal Museum.

In the interwar period, the Bydgoszcz Canal was considered the most efficient waterway of the Second Polish Republic (between 1918-1939). The canal runs along the bottom of the Toruń-Eberswalde Ice-Marginal Valley, which used to be riverbed of the pre-Vistula river, until the river broke through near Fordon and turned north. The valley is about 2 km wide and is surrounded by slopes that are 25-40 m high (up to 140 m) in the north and 10-15 m high in the south. The Valley of the Middle Noteć and Bydgoszcz Canal is a part of the “Natura 2000” network of protected areas, and you can spot bluethroats, kites and white-tailed eagles here.

The canal starts in Bydgoszcz, connects with the Brda, and ends in Nakło, where it connects with the Noteć. It is a class II waterway. In summer, the entire canal is covered with a trick carpet of duckweed, making navigation difficult. The banks of the canal are not suitable for mooring.

You can enter the Bydgoszcz Canal through the Nakło Wschód lock (39 km). In Potulice (34km), there was the Lebrechtdorf displacement camp during World War II, and after the war – Central Labour Camp for Germans, where 3,500 German prisoners were executed. There is also a war cemetery and a monument commemorating the victims of Nazi crimes.

Beyond the village of Zielonczyn (25 km), near the Bydgoszcz Canal, there is bunker no. 5 of the Bydgoszcz fortifications. The bunker was built in the shape of an arch and it leans on the Bydgoszcz Canal at one end and on the Brda at the other. It also functions as an open-air museum. The whole network consists of 17 reinforced concrete bunkers, which in 1939 managed to hold the German offensive for a few days.

The Bydgoszcz Canal connects to the Górnonotecki Canal (at 23 km) – from here you can continue your adventure along the Great Loop of Wielkopolska towards Konin.

The city of Bydgoszcz welcomes us with the Osowa Górna lock (21 km) and with a white, red, and blue flag with the coat of arms of the city blowing in the wind. Just in front of the Czyżkówko lock (16 km), there is the only marina on the Bydgoszcz Canal – “Gwiazda”. From here, you can take the walking trail along the old section of the Bydgoszcz Canal straight to the city centre. The marina was opened in 2009 and offers all of the most important services for water sports afficionados.

On your way through the one-kilometre section between the Czyżkówko and Okole locks, you pass three road bridges, one railway bridge and a gas pipeline, and the Okole lock (15 km) was the place where in 1968 one of the episodes of the Polish legendary series “Czterej pancerni i pies” (EN: “Four Tank-Men and a Dog”) was  filmed. It told a story about saving a German town from being sunk and this is when the most famous Polish tank “Rudy” lost one of its turrets… Actually, the turret can still be found near the lock! 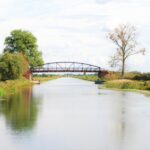 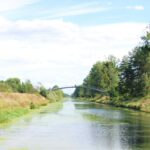 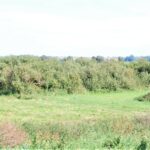 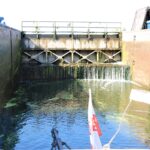